Deforestation is the conversion of a forested area to land not forested. It can refer to the natural loss of trees and the potential destruction of forests due to the practices of people. Trees and vegetation loss is causing climate change, soil erosion, desertification, fewer crops, increased atmospheric greenhouse gases flooding, as well as problems, particularly among the indigenous people.

Deforestation is one of the most pressing environmental issues of our time. As the world’s population continues to grow, so does the demand for timber and arable land. This has led to the clearance of vast tracts of forest, putting immense pressure on the world’s remaining forests.

Here Is the Negative Effect of Deforestation:

As the world gets warmer, climate change’s effects are becoming more evident. The evidence is all around us, from more extreme weather events to melting glaciers. It is a real and pressing problem, and we must take action to mitigate its effects.

Deforestation is one of the leading drivers of climate change. Trees play a critical role in absorbing carbon dioxide from the atmosphere and storing it in their leaves, branches, and trunks. When trees are cut down and burned, this stored carbon is released back into the atmosphere, contributing to climate change.

Desertification is a type of land degradation in which a previously non-desert area becomes a desert. It is a natural process that occurs over long periods of time. However, human activities can accelerate the process. Deforestation is one of the main causes of desertification. The land is left exposed to the elements when trees are cut down. Sunlight, wind, and rain can all cause the land to erode. The soil becomes less nutritious, and plant life becomes less diverse. This can eventually lead to the development of a desert.

Humans often cause deforestation. Trees are cut down for lumber, to clear land for agriculture, or to make way for urban development. This can have a devastating effect on the environment. not only does it contribute to desertification, but it also decreases the amount of carbon dioxide that is absorbed by trees. This can lead to climate change.

Deforestation is caused by the clear-cutting of trees in an area where the forest once thrived. When trees are removed from an area, the land is left exposed. This makes the area more susceptible to soil erosion, which is the movement of topsoil by wind or water.

Soil erosion is a major environmental problem that can result from deforestation. When no trees anchor the soil, the soil is more likely to be swept away by wind or water. This can lead to serious problems, such as dust storms, landslides, and even flooding. Soil erosion can also result in the loss of nutrients from the soil, which can impact the growth of plants and crops.

Deforestation is a growing global problem with far-reaching environmental and economic consequences. It is estimated that 18 million acres of forest are lost yearly, equivalent to 27 soccer fields every minute. Deforestation has many causes, including agriculture, ranching, urbanization, and logging. It is a major contributor to climate change, as trees play a vital role in absorbing and storing carbon dioxide. It also destroys vital habitats for many species of animals and plants and can lead to soil erosion and water pollution.

Deforestation is one of the leading causes of climate change. When trees are cut down, they release greenhouse gases like carbon dioxide into the atmosphere. These gases trap heat and cause the Earth’s average temperature to rise.

Deforestation also decreases the amount of land available for agriculture. This is because trees take up space that could be used for crops. Fewer trees mean less land for crops, which can lead to food shortages.

Deforestation is one of the greatest causes of flooding. When trees are removed from an area, the ground becomes less absorbent and more prone to runoff. This can lead to flash flooding and other problems. Deforestation also increases the amount of sediment in rivers and streams, which can clog waterways and lead to flooding.

Forests play an important role in mitigating the effects of floods by acting as a buffer against rising waters. When forests are cleared for development, this natural protection is lost, and flooding can become a significant problem.

Deforestation has a devastating impact on the environment and the people and animals that rely on forests for their livelihood. Therefore, we must all work together to find ways to reduce the pressure on forests and halt the loss of this vital resource. 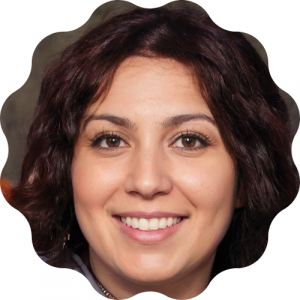